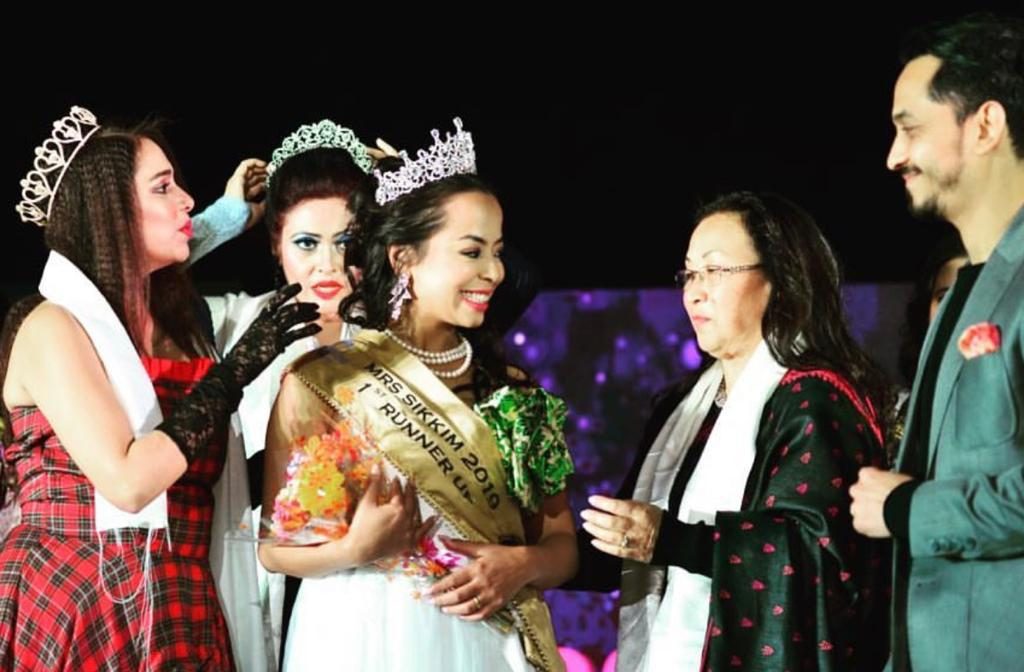 Behind the glitter and glamour of the stage, draped in designer dresses and walking in high heels, these women in their petite figures with smile plastered on their faces, are just another human under a microscope for the world to judge. Yet, some judge them harshly for their skin and the alignment of all the elements in their body that makes them beautiful. While the beauty pageants in general are believed to be a measurement of beauty that is skin deep, some beg to differ.

To Nafiza Shah, the 1st Runner-up of Mrs Sikkim 2019, pageant is not just a ramp walk, but a platform to be vocal about one’s belief and to influence the world for betterment.
“I was never a pageant girl, I am rather a speaker. My fate chose a different direction, this must be my destiny”, says Nafiza.

An enthusiastic woman with a voice and a vision, Nafiza, speaks her heart out for the people of Dho Tapu, the place where she resides.

“I came here (Dho Tapu) four years ago. The roads here are still prehistoric and it is saddening to talk about water and electricity. The reason why I chose the pageant was because I desperately wanted to speak for the people of my place who are deprived of their basic needs”, she advocates.
There’s a hint of dissatisfaction as she speaks, “I was hoping to do more with it (the title) as I was promised for media coverage. There are issues underlying that needs to be heard and seen by the world outside Syari. It broke my heart as I couldn’t much for them and I am still trying my best”.

Mrs Sikkim platform was just a beginning for Nafiza, as she was encouraged to join for Mrs India World where she bagged the title of Mrs Charity. She furthered towards Mrs Universe which she recalls being the toughest one so far.

“The best thing about pageants is the feeling of sisterhood. Competition is prevalent, but we looked beyond that. I was there not to compete with anyone. We still share a bond”, she shares.

When Nafiza was selected for Mrs Universe, her visa got rejected five times. The venue being Guangzhou city, China, thus she has her own speculation and notion towards the rejection. Nafiza is Muslim by birth and belief.

The documentation was a tedious task for her, yet she didn’t lose hope and could pass through the scrutiny on the sixth time. Unfortunately, her video couldn’t make it for the forum on 24 December, 2019 as she reached China on 25 December, 2019.

“I wore a dress that represented my state Sikkim, displaying the five elements of Buddhism, I performed a Maruni dance showcasing my Nepali culture”, she tells.

Her struggle story is different. She is a single mother of a ten year old son Aahan. “Society is docile to the fact that it has its own temperament and tantrums when it comes to women; I get to hear a lot of- ‘May be because of her’, stories behind my back. I do not support playing victim just because I am woman. We should not be submissive creatures and we certainly cannot afford to be weak. There’s no need to play victim of the circumstances. When you have a wonderful child in front of you, you have to be strong. Gone are the days when children only looked upon their fathers as idols. The world is changing. They now look at their mothers as source of strength”, asserts Nafiza.

She further talks about women empowerment with animated sincerity that women should grab the opportunities that is given and if not given, create the opportunities to see the world differently.
Nafiza got bed ridden in 2018, she had suffered spinal injury due to nerve compression. She also owned the academy of skill development years back. The academy provided women skill training, it generated employment to young women, specially single mothers and created confident individuals.

“It was a hospitality/spa training academy for girls. I was helped by my sister. There was no education bar. Anyone could join and we provided lodging at minimum fee and free fooding. It was a private institution where jobs were guaranteed. This academy was solely for women, especially for the one who had married off early and had separated with their husbands. 80% of women in my academy were single mothers. It was to encourage these women, I wanted to make them believe in themselves by saying that if you have skills you can rock the world. You don’t have to rely on your husbands or your family. You can earn. Sadly, I had to shut it down in 2014 due to some unavoidable circumstances”.

Nafiza is not just an aspirant but an advocate of woman empowerment and social development.
“Dho Tapu is a small neglected village under Syari Constituency which lacks proper road, water and electricity. The roads are the cause of many damages. There are no proper medical facilities for the people here despite having star hotels and a casino. Due to the condition of the road, there are school dropouts who labour for their family. There’s no proper sanitation and the village has limited electricity and not everyone enjoys this luxury. The village people are gullible gentle folks who rather believe in local remedy than approach a doctor who is 2 hours away”, she informs.

For Nafiza, medical issue is problematic and she’s willing to give a portion of land for a dispensary which is a must in her locality. She believes in actions rather than words. Her future plans includes events were she can make people aware of the situation in Dho Tapu, for which she feels a deep sense of duty.

Below are the pics of ‘Dho Topu’

As the world around is moving towards change and development, her main focus lies here in this small ignored village of East Sikkim which is very near to the capital, Gangtok. She has a voice and is not afraid to be vocal about the glaring issues. She cries out for help to the government and the NGOs. Her passion for people, her land is a contagious emotion.

Sure, the heels may click and the pain may aggravate or subside, but she has made up her mind. She is set to bring the change to her world that is fragmented now. She appeals for helping hands for the people of Dho Topu. And just like that, not all heroes wear capes some wear heels and walk with a crown. 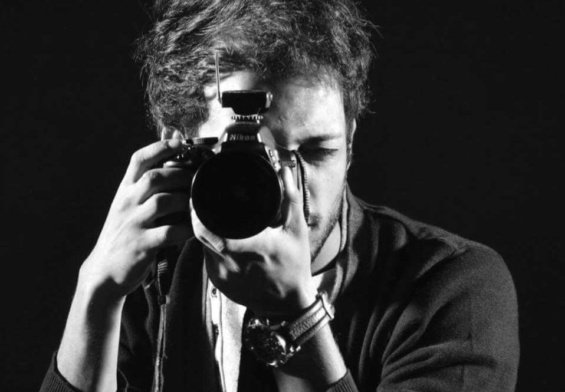