‘Rusty Crown’ a crew formed by the independent rappers and beat producers of Sikkim to promote rap music and hip hop culture in Sikkim. The crew is all gearing up to organise an official rap battle ‘Sikk Bars’ on November 8. The event would be a platform for the rappers of Sikkim to showcase their rapping skills and the passion for rap music.

The group is planning to hold several rap battle events in Sikkim, of which the first one is scheduled on November 8 between Ocean and SR in the capital.

Speaking to ETC, Sudarsan Rai aka SR states that “this is the first official rap battle of mine and I am pretty much excited. The event as such will keep the rap music and Hip Hop culture alive. We are here to inspire and aspire people”. 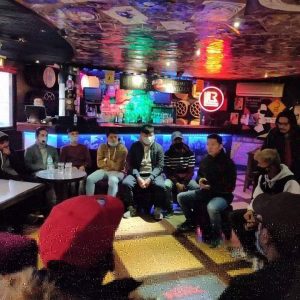