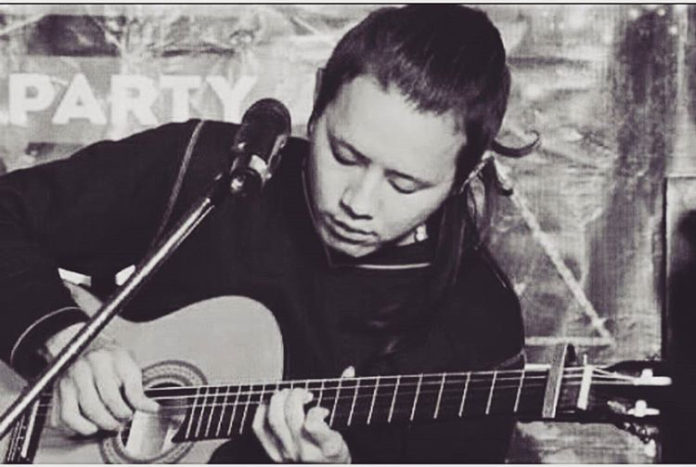 Tribal Rain is a four piece freestyle acoustic experimental band from Sikkim formed in the year 2014. In a very short span of time, the band has been successful in earning a huge fan-following in Sikkim and outside the state. The band mostly sings in English and Nepali with Tradition and Finger-style.

Speaking to ETChronicle, Rahul Rai, the front-man of the band talks about their journey, achievements and future aspirations of the band. Here are excerpts from his interview with our reporter:

ETC: How did Tribal Rain happen?

RR: The members of Tribal Rain were all in different metal bands before. The realisation of the scope and outreach of metal in the hills made us change our style of music. So gradually after a few jam sessions, we experimented with acoustic music incorporating it with our own taste and thus, Tribal Rain was formed.

ETC How would you consider your musical genre? Why did you choose to play this type of music?

RR: We have named Tribal Rain’s genre as a Freestyle Acoustic Experiment because this genre is very open and it is continuously evolving as we make new music. The versatility and uniqueness of this genre are beyond bounds and the reason behind this style of music was to build up a band on a very limited financial status. So, therefore the acoustic instruments. The genre was also a reflection of various styles ranging from western classical influences, post, math to a ballad.

ETC Who writes the lyrics for Tribal Rain?

RR: The lyrics are mostly written by me with inspiration drawn from various concepts of life, humanity, nature and love.

ETC What’s in store for the band and its listeners?

RR: Tribal Rain has not yet shown its core music to the people because this type of music is very hard difficult to adjust. So, we are gradually raising the level of music step by step so that the listeners could fully understand this genre. Currently, we are trying to come up with an LP (Album) which consists of 10 songs in which 5 songs can be considered as something soft while the remaining 5 are experimental songs.

ETC Since your inception, you’ve released three singles. However, the song Bhannai is quite popular, share with us some insights on the song.

RR: Yes, we have released 3 singles so far, these include Chinta which was our debut single. After a great response from the listeners we then worked harder and released our second single Bhannai which was a soulful ballad which talks about the reality of love. Our recent single which is the third, that is Narisawnah was produced to create a nexus between ballad and math progression, so as to create a bridge for our upcoming higher-level songs.

Yes!! our song Bhannai is quite popular in the hills and it is the most demanded song whenever we have to perform. We are very grateful to all our fans for loving the song and spreading happiness and love through it. We also expect that the listeners will love all our upcoming songs as well and to continue to pour the love towards us as always. But it’s worth a mention that Narisawnah is also catching up its pace gradually, people are loving it too.

ETC Besides the band, and making music what do you guys do as individuals?

RR: Besides music, we all are engaged in our own ventures, academics and pursuits.
Kenneth (keys) is pursuing master’s in political science
Prawes (lead guitars) is working in a private firm
Sushant(Cajon) owns and manages his restaurant and I have dedicated my whole life towards music, practice and perfection.

ETC What message would you like to convey to upcoming musicians and bands from Sikkim?

RR: To all the budding artist and young musicians Tribal Rain would like to convey its message that music is all about passion, struggle and hard work so don’t give up on music so easily. Let the art of music create your own story

Last but not the least we would like to thank our previous band members Namgyal, Mingma, Ashis, Abinesh, Bishal, Biren & Yowan, who have been supportive of us in our journey and a big thank you to Enoch Lingdong ,Psalms Studio for helping us out with recording our sessions of the album and Robin Gurung our manager, producer who have always been there with us through thick and thin, making our journey more special by helping us out during jam sessions and producing upcoming music videos as well. 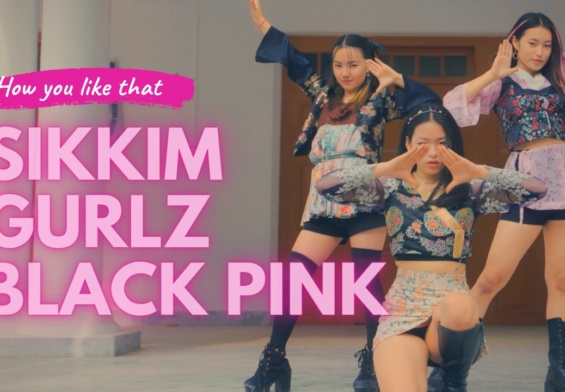