“Yatra Timro ra Mero”,a Nepali short film by Maark Pictures Production from Gangtok announced its arrival with an original sound track (OST) release of a song by Agyaat, a band from Kalimpong. The song shares its title with the film and is the inspiration behind the short film.

While speaking to ETChronicle, the woman in charge, who is the director and editor of Yatra, Mandira Chettri, informs that the movie is an experimental product that seeks to raise the quality of film making in Sikkim. She urges more artists of this genre to invest more of their time and resources into film production. “We worked with budding actors who have worked so hard and invested in multiple acting workshops as our central characters and with a team that used better quality equipments which are seldom used in Sikkimese produced films to ensure that this went as a learning experience for us as well as produced a good quality film as an end product” said Mandira.

The film features Sherab Chopel Bhutia, Anisha Rasaily, and Nikhil Chettri as the main characters and Rupa Tamang, Sajal Pariyar, Chitish Chettri and Samridh Rai with others in supporting roles.

This short film revolves around two brothers who are the only family each other have. The elder brother falls ill and is taken care by his younger brother. The lead female is the long lost crush of the sick brother who reunites with him in the hospital, and the story develops around this serendipitous event of innocent emotions between the three of them.
“Yatra itself was a journey of learning for artists behind the camera and in the front of it, setting the project itself as a production of a good quality end product and a chance at learning more about feature film production was the main objective behind this film production, so to build avenues for more good quality films, technically speaking”, adds Mandira.
Set out as an effort to encourage more actors in Sikkim to come forward into the industry that they hope to build in Sikkim for filmmaking, the hopes of the team are as bright as the hues in this film is, as cleared to us by the director/editor.

With a few post-production sound and colours works in process, the short film is tentatively set to release in the springs this April-May. A premiere followed by uncertainty is in course for the film.

“That is what we face you know, we have the product but we don’t know where to put it, what we should do once we make a film. So we wanted this to be a learning and growing kind of project for the future of Sikkimese film production”, she shares.

With many people now working in the entertainment business in Sikkim and with the state’s love for art and culture, it seems that Sikkim is just a stone’s throw away from producing world-class quality productions.

Related Topics:
Up Next 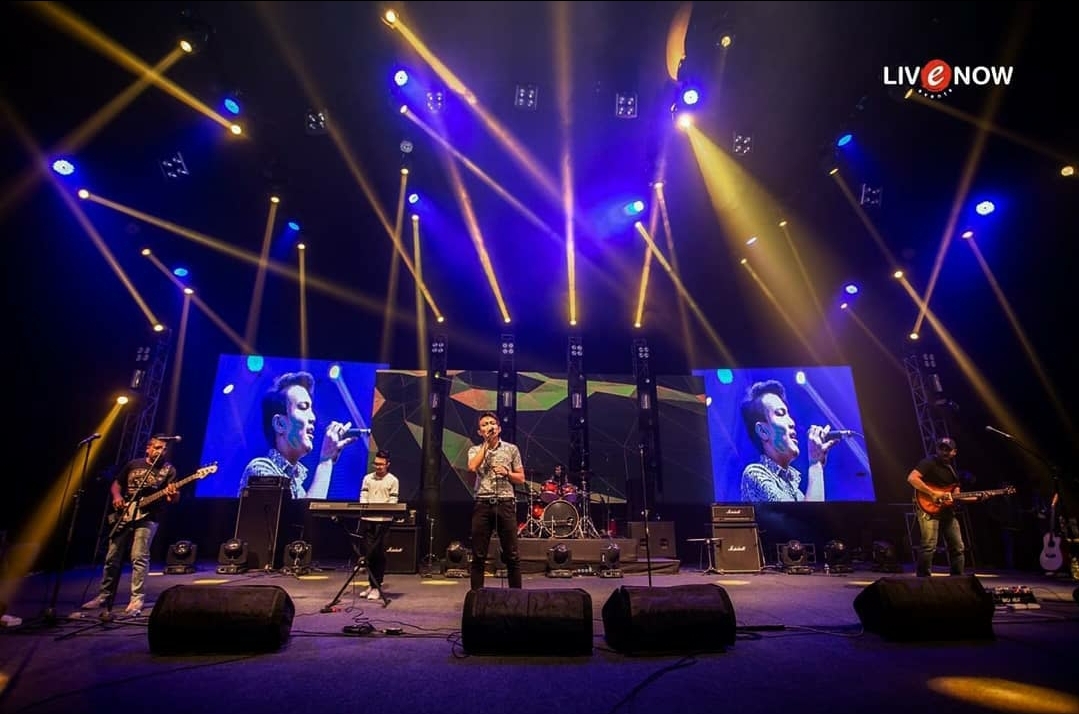 There are few good things that have happened ever since the coronavirus took over the world, but for artists whose creativity is as restless as their passion, this came as a challenge to do more. Darjeeling based band, Meraki, released their first Nepali single on the 15th of May, alleviating many music lover’s lockdown blues.

‘Biswas’ is the first song in the soon-to-be fully Nepali album, a change from their previous single ‘Better Together’ which by itself, a perfect song to keep up spirits during the lockdown. The YouTube description for the song is – “A major factor in everyone’s life, a foundation to any relationship. “Biswas” which means “trust” here is a basic concept of highlighting the deeper essence of love in relationships of any kind.”

ETC speaks to Leewang, the frontman of Meraki, who also won ‘Best Vocalist’ at the Hornbill International Rock Contest 2018, a memorable event since their performance at the HIRC catapulted them to fame in the hills. He discusses the writing process and what the band plans for the year ahead.

He begins by describing how the shift from writing an English song to a Nepali one wasn’t easy. “I realized that even though we are Nepali, it was difficult to write in the language”, says Leewang. “My mom is a writer, so she helped to make the lyrics sound grammatically correct. I did the tuning and lyrics but everything else, it was our guitarist, Anmol who did it. He sat down for days, mixing and mastering the track.”

Biswas has the rare ambient quality of making one feel as if they are sitting outside, ruminating on life and all that comes with it – which is a great feature, since many aren’t able to leave their houses.

The lockdown imposed due to the pandemic has many feeling dismal about the situation, especially those who prefer to watch live music at restaurants, pubs and festivals. But Meraki has a grand plan to cure those blues. The band plans to release a song every 15th or 16th, for the next seven months, to bring the final tally up to eight songs which would be concluded as a full album by the end of the year.

Then, if the world has carefully prevented more positive cases of the COVID-19, they plan to perform and as with their previous shows in the hills, there is hope that it will be an excellent one.

Still, it is a wonder that the band is releasing music even when being socially distanced from one another and being confined to their homes. Leewang explains that they’ve all been working well online. “Currently, I’m based in Delhi but before coming here, we recorded everything possible and only mixing and mastering were left.”

The hills have always been famous for its tea, scenery and musicians. Every other person one meets, has their own story with music but when there are so many bands and solo artists, surely the competition must be brutal? Leewang disagrees. “Kurseong, Darjeeling… every place has many musicians but we all support each other when it comes to music. We don’t drag each other down. Plus, I’m a people person, so I have a lot of friends who push and criticize. The band takes honest criticism constructively.”

Are you ready for the next Meraki song to take you on a journey, as unique as only the band can create? We hope so. 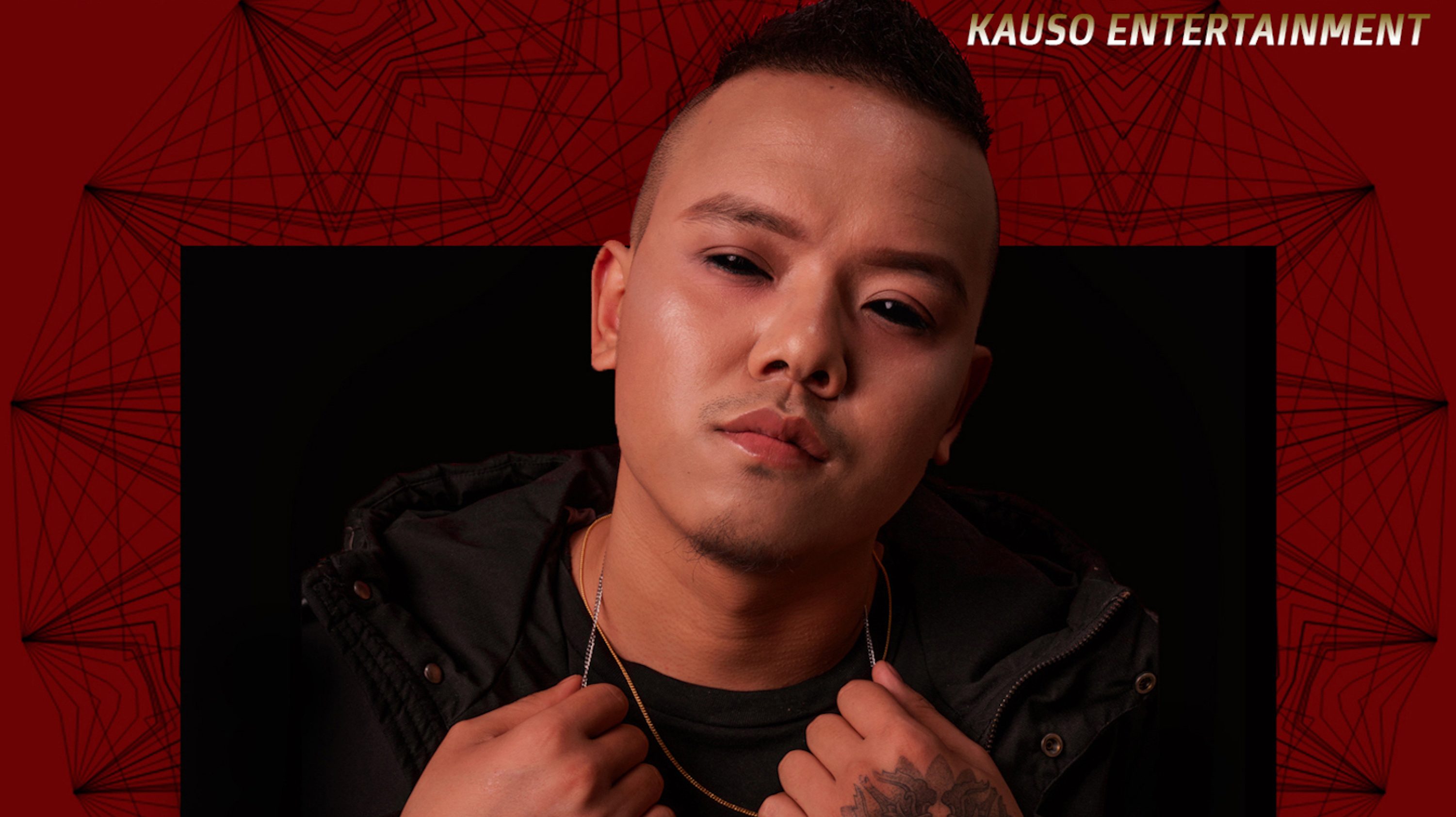 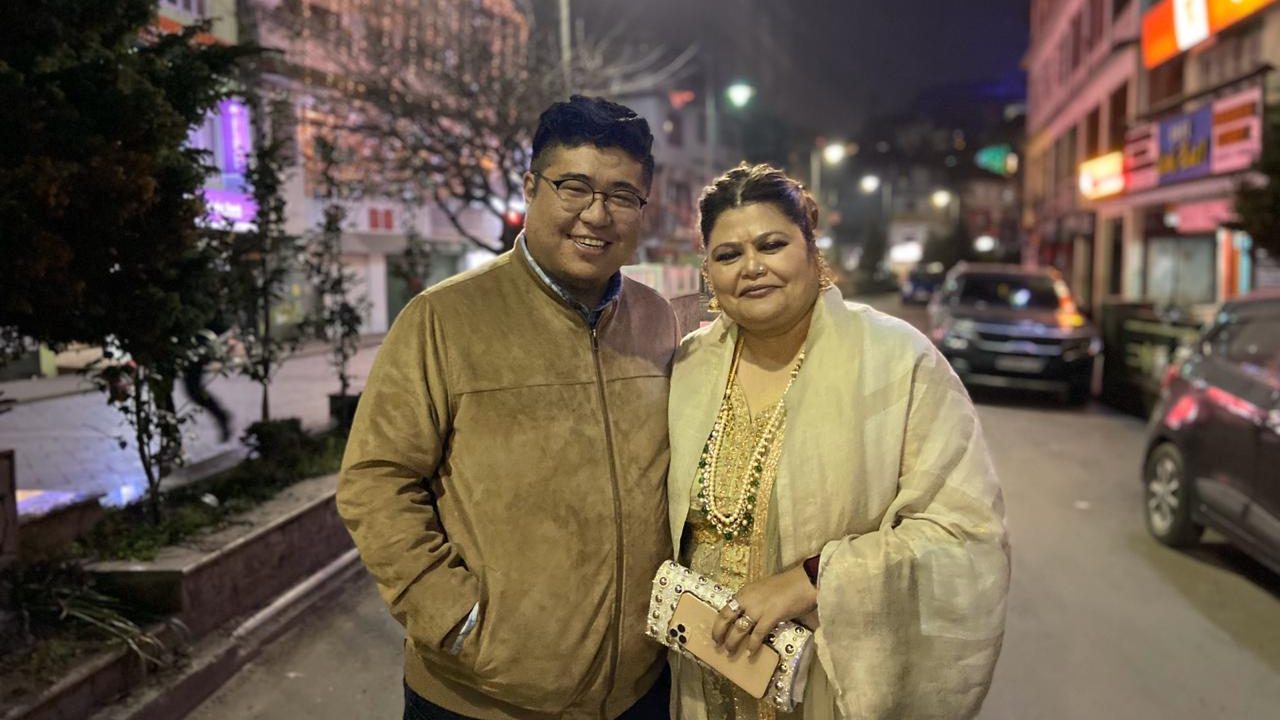 Sikkim may be a small state but its burgeoning interest in the film and entertainment industry does not seem to swindle. Aspiring actors, directors and cinematographers who previously had to go out of state to find their footing in their respective fields are either coming back to their roots or finding their way back to stories about the hills, but whatever the case, they’re finding more opportunities at home than they did before.

The next big venture by a Sikkimese into film is by Sushma Gurung, founder of Sushma Organisation, Gangtok who is all set to collaborate with Mountain Stories Production, owned by ‘Appa’ fame filmmaker Anmol Gurung. Through her first venture as a producer, Sushma wants to promote Sikkim, Sikkimese culture and artistes in an untitled Nepali movie to be directed by Surendra Poudyal, the director of Nepali movie ‘Kri’.

Mountain Stories Production is the promoter of the movie. It is being rumoured that the singer of the ‘Flirty Maya’ song Neetesh Jung Kunwar and the actress Aditi Budathoki along with two Sikkimese actors will be part of the main cast.

While speaking to ETChronicle, Sushma has expressed her happiness and excitement to be a substantial producer of the movie. She adds, “I see a lot of budding actors in the state of Sikkim and I also feel there’s a strong need of a film industry here thus this is just my small effort to take an initiative. I am also glad that the celebrated Anmol Gurung thought to make me a part of this venture for which, looking at the potential and my intention to support artistes of Sikkim, I humbly accepted. I am looking forward to the film and I want our people of Sikkim and India to go and explore avenues through Indo-Nepal movies.”

The promoter of the movie Anmol Gurung has also expressed his contention to collaborate with Sushma Production. He assures ETC that this movie will promote Sikkim to the next level and thus shall produce many superstars in days to come.

Currently, they are scouting artists/actors from Sikkim.